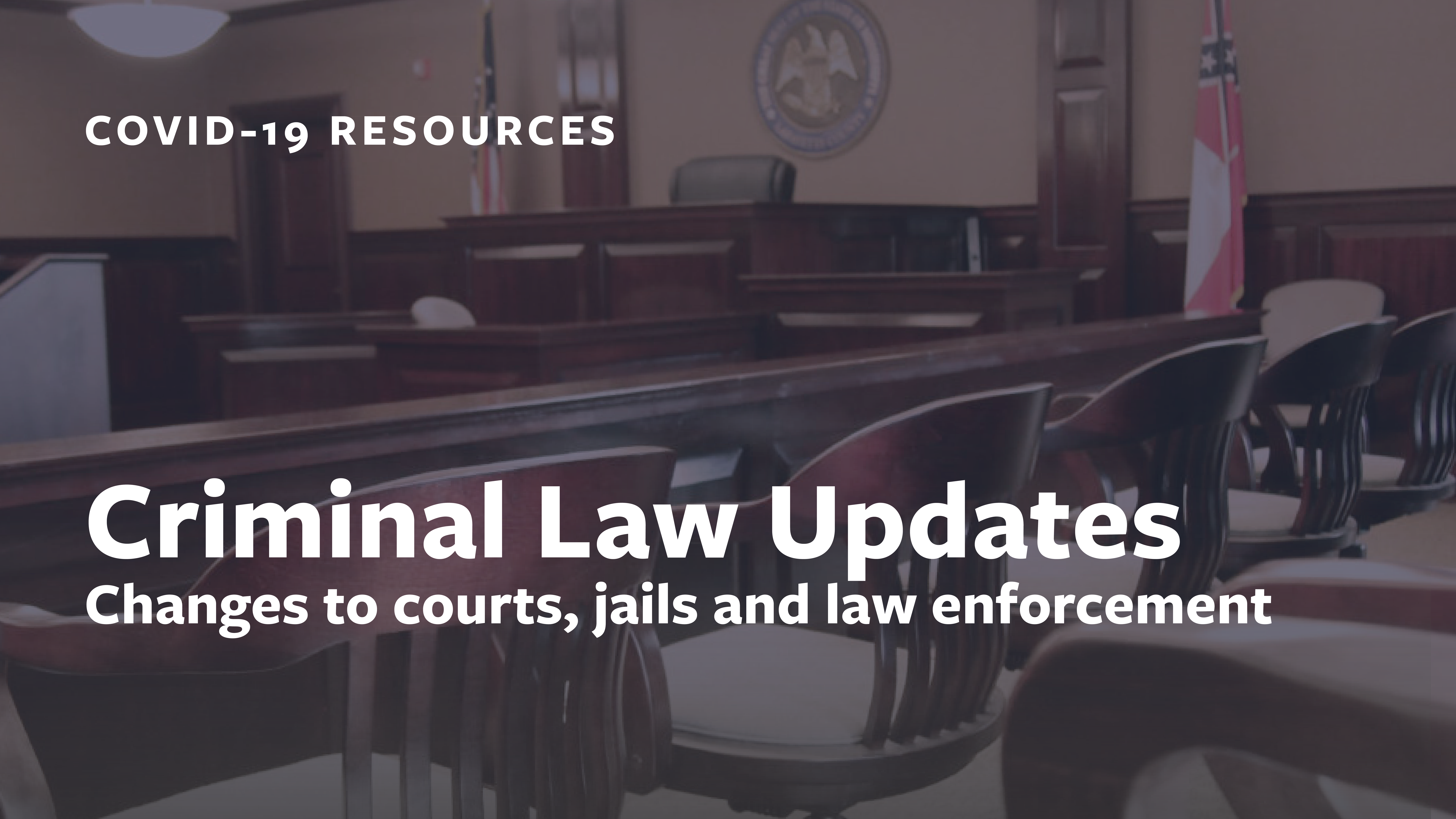 In Mississippi, some city and justice courts are open, while others remain closed. Those that are open are not allowing more than 10 people in the courtroom at a time. Most courts that are open are not allowing anyone to come into the court who is not a witness or the alleged offender. However, if you have a court date, do not assume the court is closed. Contact your local municipal or justice court clerk to ask if your court date is still being held as scheduled.

Some juvenile courts are still in session. Generally, those that are closed will maintain access to the courts and its judges, although it may be through teleconferences. Children in juvenile detention will be allowed communication with their parents via Zoom, phone or other methods of communication. Contact the facility for specifics.

If you or a loved one are in jail awaiting trial and cannot make bond, you may be able to have a petition filed on your behalf to be released. Contact your attorney for more information on pre-trail release.

Tennessee’s Supreme Court has ordered every local jail to submit a depopulation order to the court and has awarded every local jail in Tennessee the authority review the jail population. In many other states, there have been bail reduction efforts that will allow for pre-trial release. Besides legal efforts, there are also political efforts to negotiate pre-trial release with governors and state officials. In addition, in a recent statement, the American Bar Association (ABA) said that it is impossible to implement guidelines from the Centers for Disease Control and Prevention in local jails and actions must be taken to protect inmates.

Recommendations by most public defenders nationwide is as follows:

The ABA suggests the following:

Law enforcement officers are not likely to arrest you and take you to jail right now unless you are deemed a threat to the community or have committed a serious crime. Instead, they will issue you a citation. Police in some counties are not pulling over speeders or engaging with the public for non-serious offenses. However, reckless speeding will get you pulled over and committing acts deemed as a threat to the community or public safety will incur police action. This is not a free pass.