An introduction to bail and bonding companies 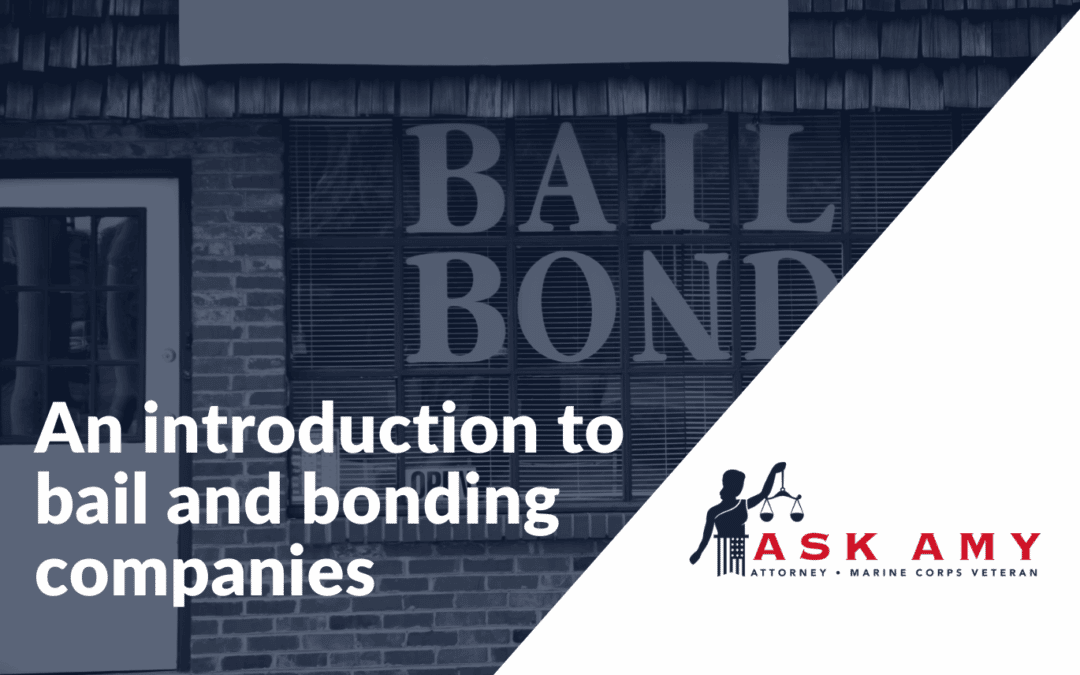 How is the amount of bail a defendant must pay determined?

If you are ever arrested, you may be required to “post bail” in order to be released. But what does that mean and how does that work?

Here’s a look at some of the most frequently asked questions about bail.

Bail is the amount of money defendants must post to be released from custody until their trial. Bail is not designed to profit the government or to punish defendants; it is to ensure that defendants appear at trial and at all necessary hearings. After the trial is over, bail is returned to defendants.

How is the amount of bail a defendant must pay determined?

The judge decides the amount of bail by weighing many factors, including:

If you have the opportunity to post bail, you typically have a few options:

Defendants believed likely to appear at trial and other hearings may be released on recognizance (ROR) from custody. ROR means that the defendant’s payment is waived on the condition that the defendant will appear in court at all required times.

Because bail is often set at amounts beyond most defendants’ capabilities, defendants can seek a surety bond from a bail bonding company.

What is a bonding company?

A bonding company is a business that charges a fee to post bail for a defendant. These companies usually charge 10% to 20% of the bail amount to earn a profit.

What is a surety bond?

If the defendant fails to appear at trial and the bail bond company is liable, the company may enact the services of a bail recovery agent.

How should I work with a bonding company?

To remain in good standing with a bail bonding company, a defendant should communicate frequently with his or her agent. Some companies may require defendants to check in regularly or to consent to be monitored by the company.

If a defendant plans to travel out-of-state or out-of-country at any time before trial, he or she should notify the bail bonding company. If a defendant does not communicate with the bail bond company, the company may revoke the bond.

If you have any questions or concerns about bail or would like to seek legal advice, contact Amy Pietrowski today by calling (662) 372-1622.